Go Co rocky beach is a highlight not to be missed in your journey to discover in Go Co village. That is the result of natural weathering process, fracture activities, volcanic eruptions, creating rocks of different colors with all kinds of interesting shapes dating back 250-400 million years (together dino era). It has a harmonious combination between nature and geology with the diversity of ecosystems from forest to sea.

In the past, the stone cliff of Go Co village used to be a shelter for the soldiers with caves and natural rock tunnels. Along with that, the arterial roads such as Thien Ly street, the ancient Cham Pa road still exist around the cliffs. The roads hidden behind the dense coastal forests still leave traces as evidence for a time has passed..

Some prominent places on the rocky beach:

The cave has a triangular shape about 4m deep, stacking rocks and the sea water still flows into the cave through waves crashing on the cliff. The people of Go Co Village recounted that: I do not know when the cave existed but still exists, in the old days when bombs fell, stray bullets were the refuge of the people, the soldiers or still the place to go fishermen moved by way to the neighborhood. Today, the cave is home to many bats. Come here, listen to the bat chirping and watch the bats fly in groups of wild and attractive scenery. 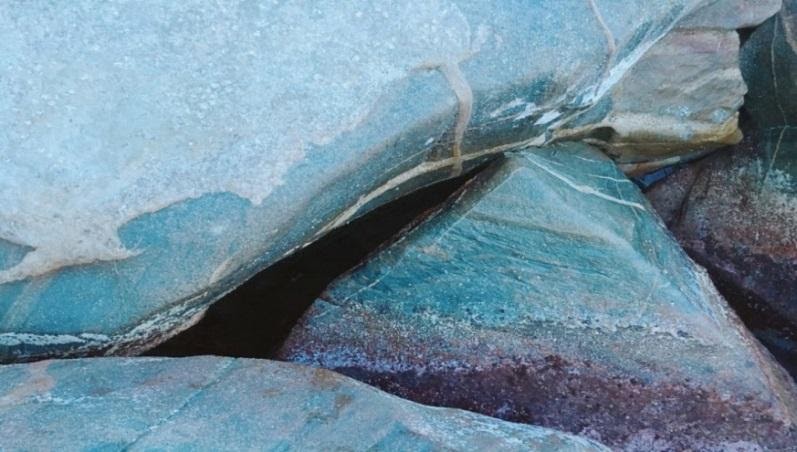 Mouth of the cave

Starling cave has a diameter of about 30-40cm and a depth of 5m is located on the coastal area. According to local people, the cave was formerly the home of starlings. Before that, this place was wild, the sea mixed with the mountains, there were many birds, especially many starlings residing in caves. Later, people came to this place, they discovered the cave and many starlings named the cave “Starling cave”. People compared flutes and caves as lovers, in the past, flutes and caves were wrapped in tangerines, the sound of the flute resounded in the lower area, creating a lively and joyous feeling. Up to now, there are no more flutes, only a cave facing the sea and looking forward to the sea and currently very few people come here. 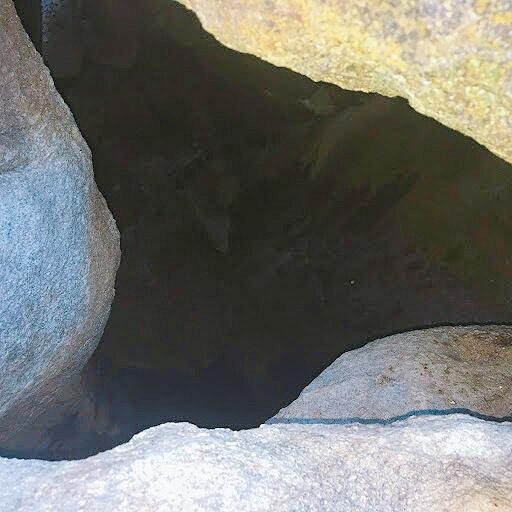 Mouth of the cave

Tinh Cave is located near Starlinh cave, the mouth of the cave is about 60cm and depth is 10-20m. The cave is located quite high. Caves existed thousands of years ago before the appearance of humans. During the war years, the cave was a refuge for local people and soldiers. According to the local people, when they came here, they saw the appearance of the cave. The cave is called “Tinh cave”, because before that there was a man named Tinh. He was the first to discover the cave, since then people called the cave after his name “Tinh Cave”. 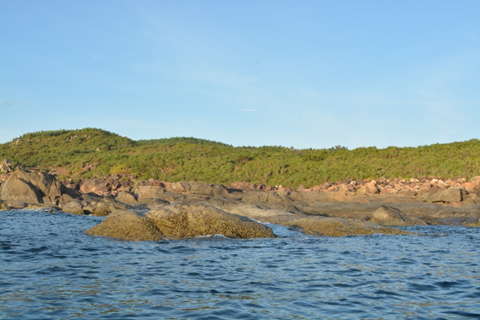 The leather stone is the first rock exposed along the ganh sightseeing route, going south. This is a familiar name for fishermen in Go Co village.

This is a granite beach about … meters wide, lying on the edge of the sea. This place is associated with the difficult life of villagers during the war. At that time, the whole country was having economic difficulties and Go Co hamlet was no exception. Salt was an expensive commodity, it was worth almost gold at that time. Salt can be exchanged for everyday necessities like …. Although the salt field is located right at the entrance to the village, the ability to have adequate salt intake for the whole family is a luxury for each households here. Therefore, the villagers know how to take advantage of the flat, solid rock with the available seawater and the sun of this area to make their own salt for daily use. Therefore, this place is named salt puddle. And from past to present, indigenous people still call this place by this familiar name.

The egg rocky beach runs about 30 m long, has many spherical and egg-shaped rocks because the waves are always worn out, so villagers call it egg stone. This is the place where people often dive to catch incense, oysters, … This area still has some kinds of coral with attractive colors.

This place about 40 years ago had sand alluvial into sandy beach, called Ba Than wharf because that day she was near this location. The villagers said that she had a serious contagious disease so her family brought her here. Later she died, the villagers called Ben Ba Than 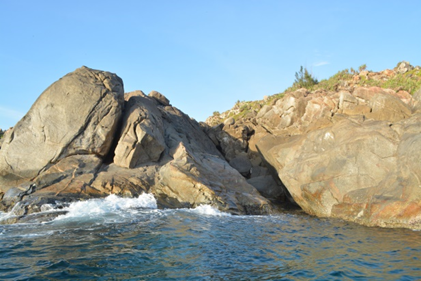 It is a place where natural spring water falls from the mountain, forming a pool of fresh water. In particular, the water never runs out, so it is called a well. The entrance to the well is very small. Her small body was only able to bend over and crawl into the well. Years ago, working in the fields or grazing livestock, often used fresh water for drinking. 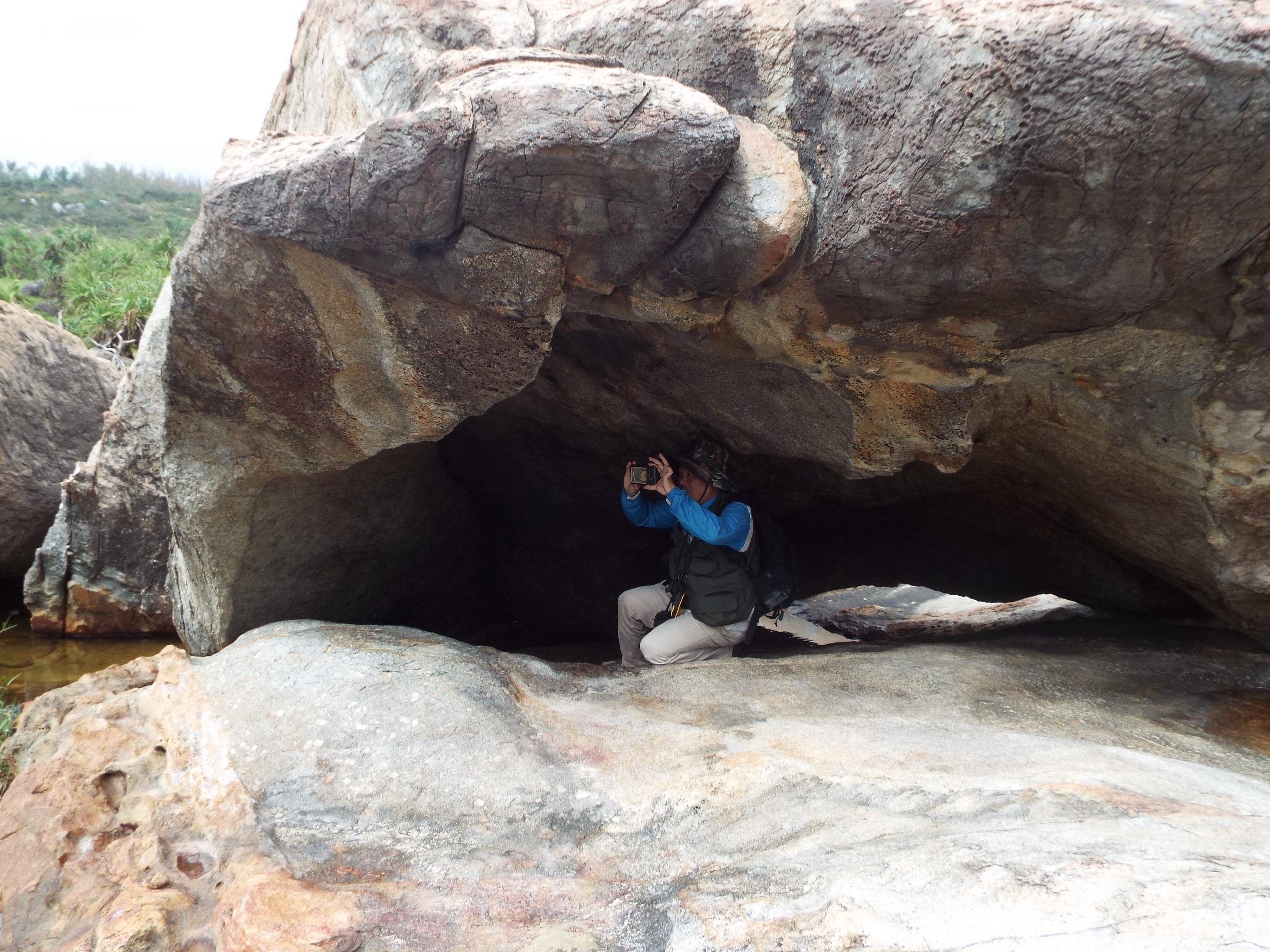 The cliff here stands upright, and waves cannot reach it in winter. Fishermen often go fishing in winter. Each person plugged many fishing rods. About 20 years ago, there were many fish and had to be counted by the burden. Mothers and mothers have to take turns running the market continuously before selling all of the fish 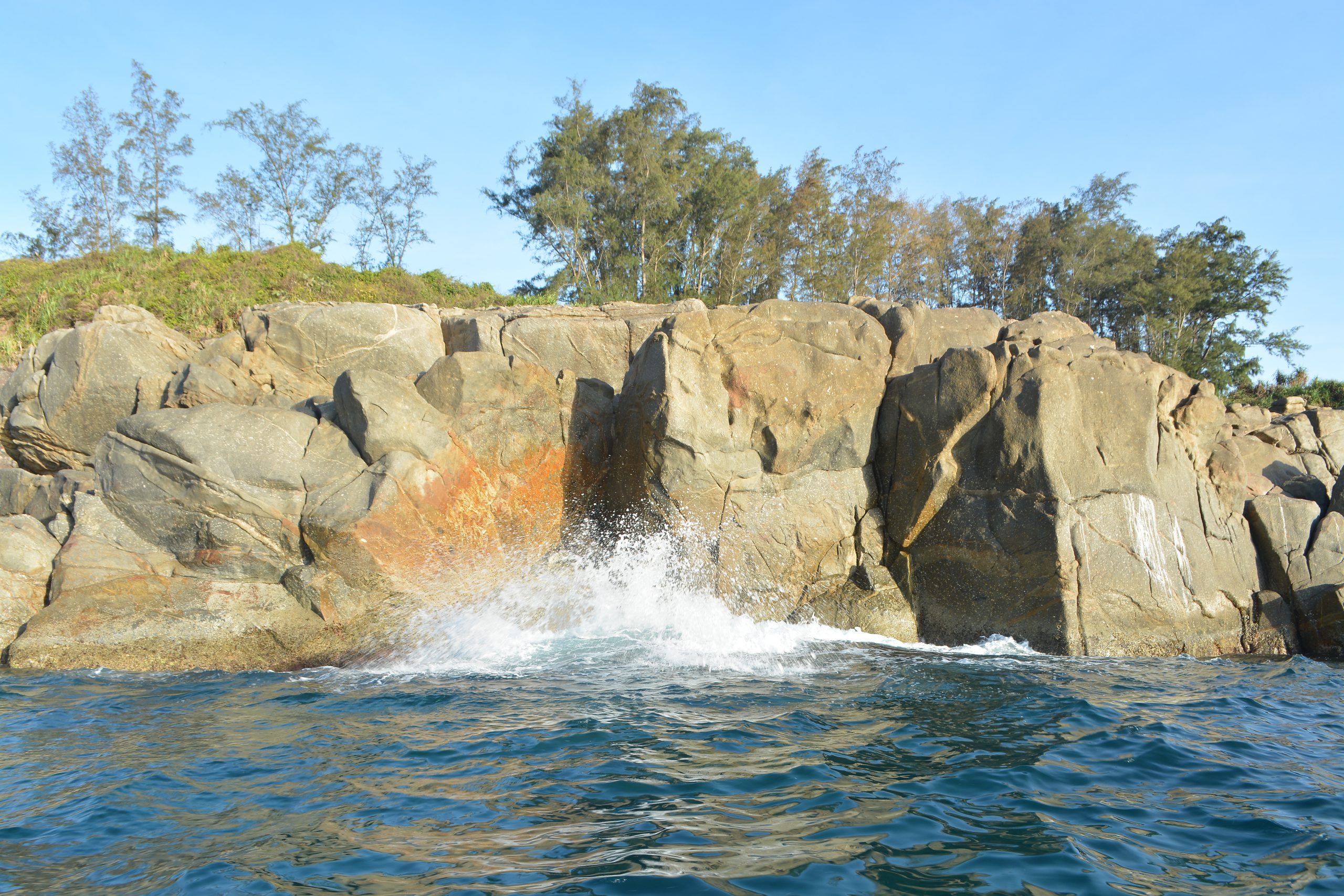 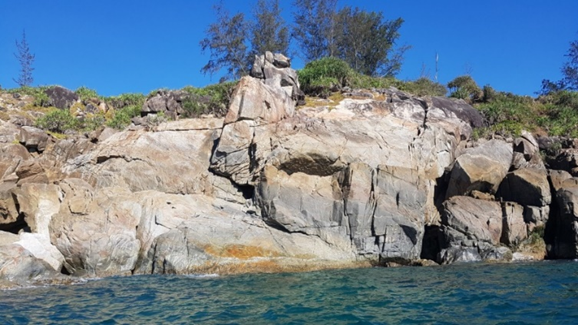 The last rock is in the waters of Go Co village, in the middle of the sea, where the sand of the village is visible. Much of the rock is submerged in the sea water, so it is called collapsed rock. 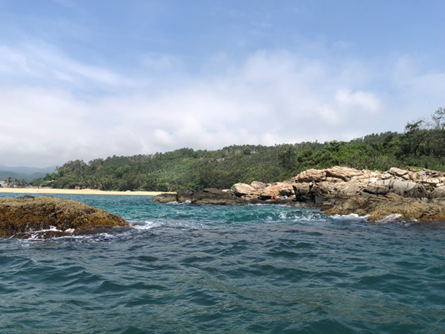 To be able to visit the most clear view of the rock cliffs of Go Co village, visitors often choose to visit by bamboo boat served by the fishermen. Along the route to visit the ganh by bamboo boat, on the undulating waves slapping on the side of the boat, visitors will be amazed at the multifaceted beauty created by the natural hands and freely imagine countless shapes from that. The stories associated with the war, the attractions associated with the lives of many people will be indispensable stories from experienced fishermen as gifts to each visitor 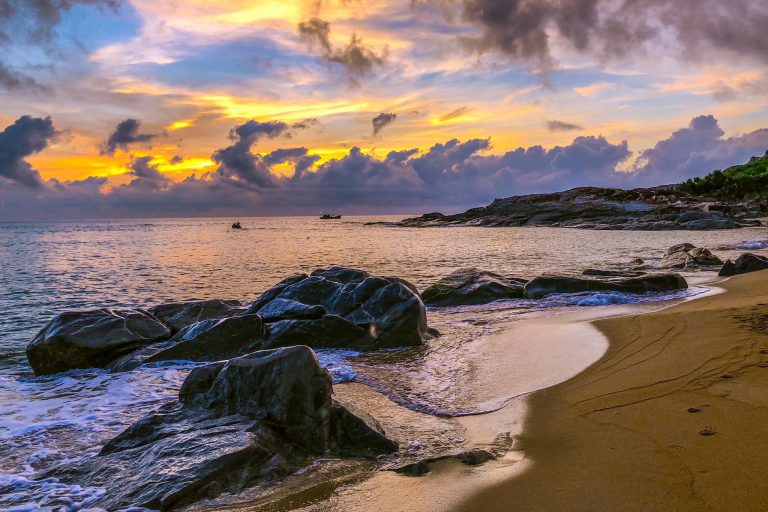 Ancient wells can be considered as works to keep cultural and historical marks of Go Co village for thousands of years. Of the 12 old wells present in Go Co village, there are 3 wells (Ba Thang well, Madam Mia well, Mr. Lich well) which are ancient stone wells, a feature that shows the existence of the Cham Pa class 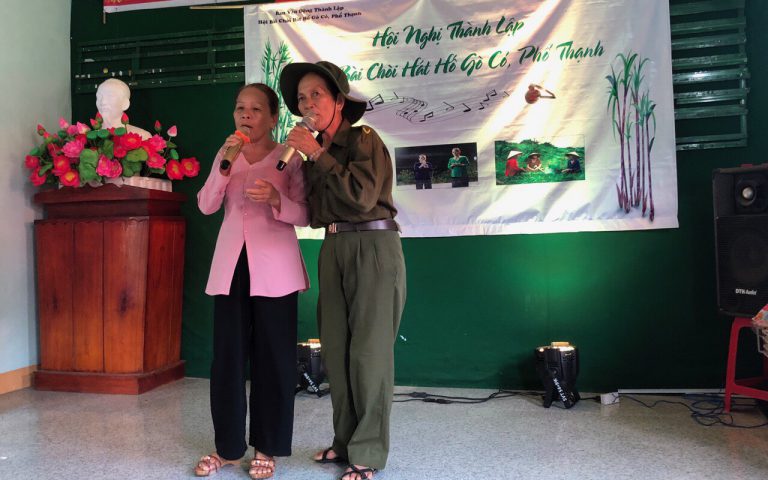 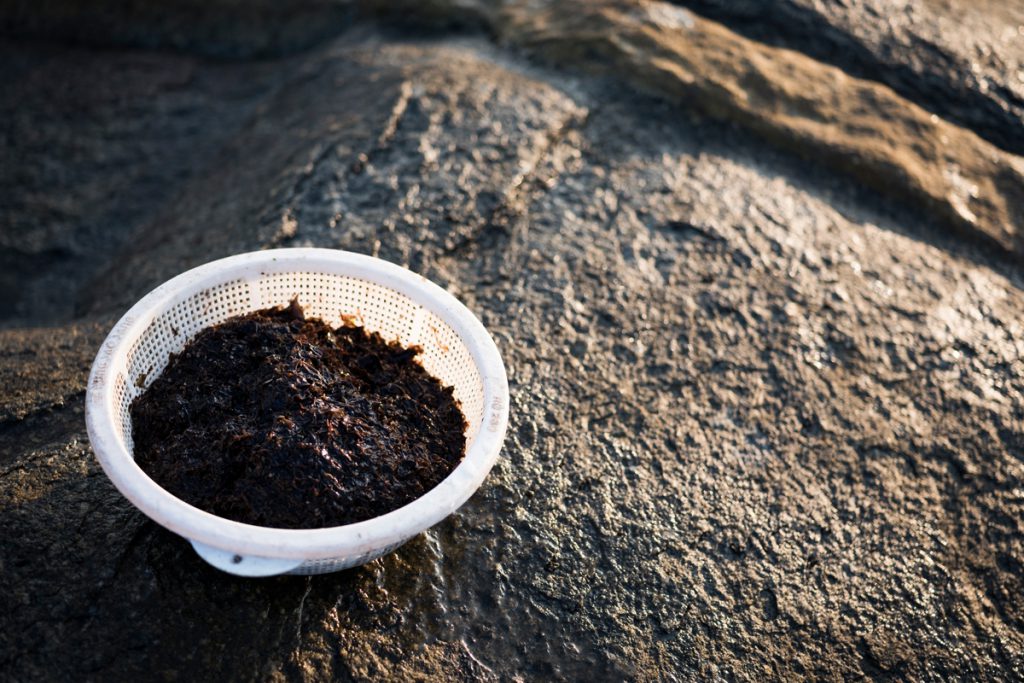 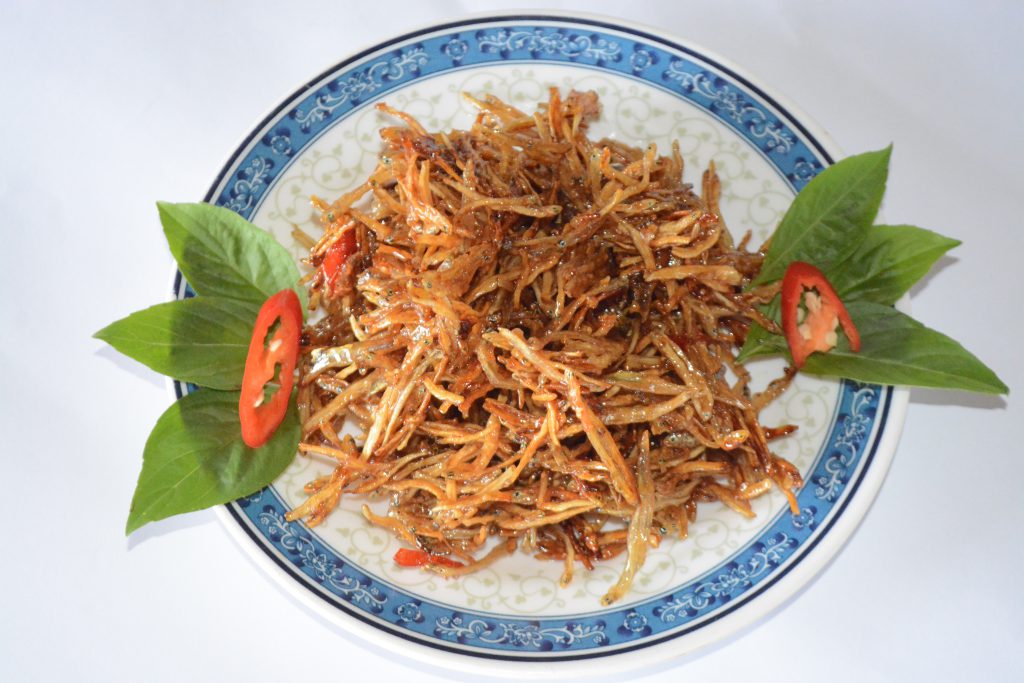 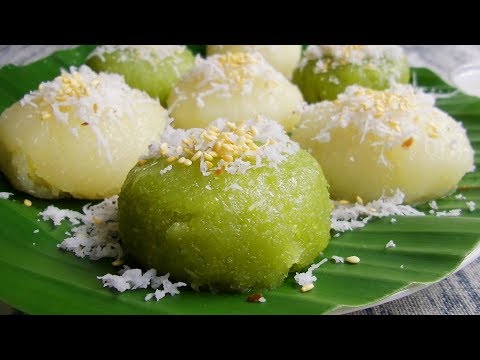 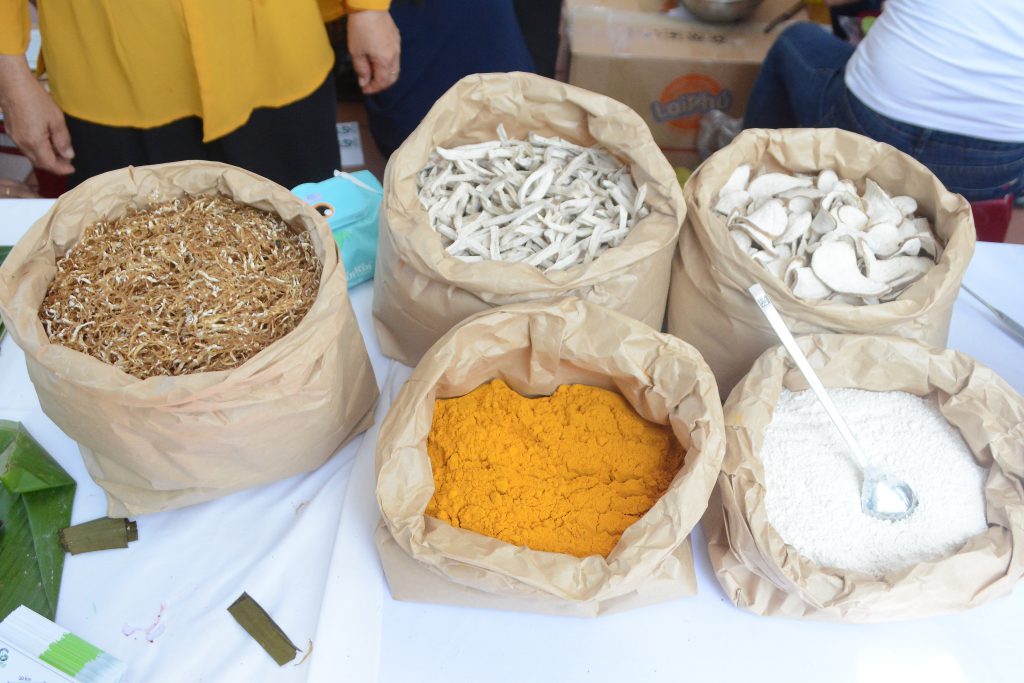 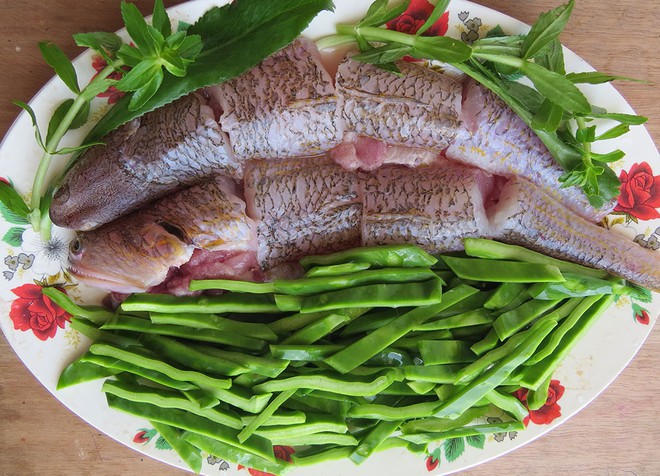 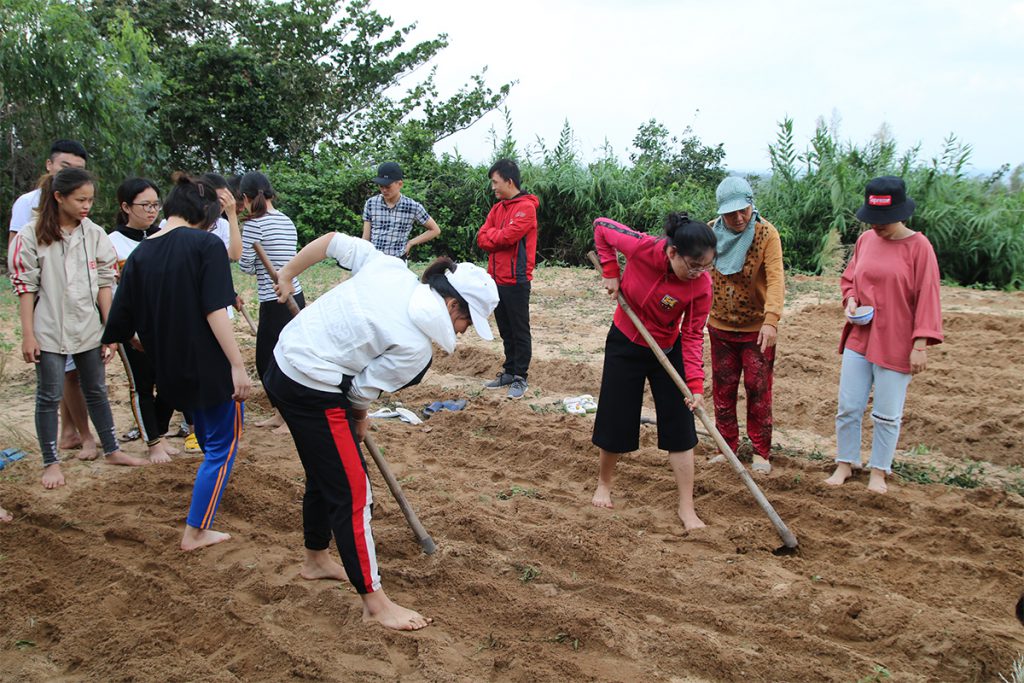 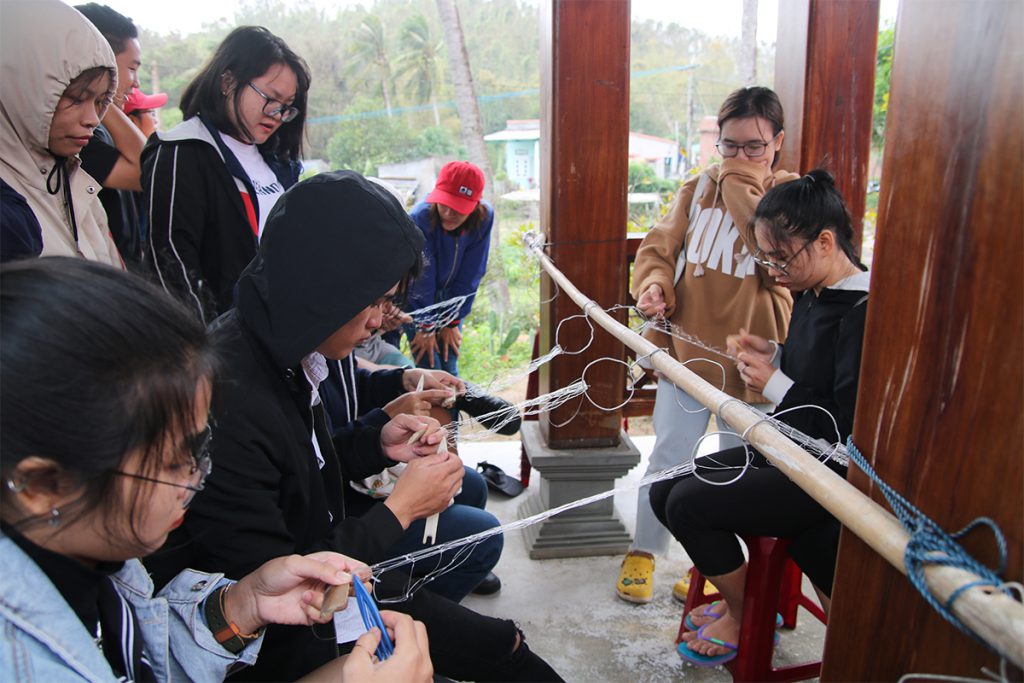 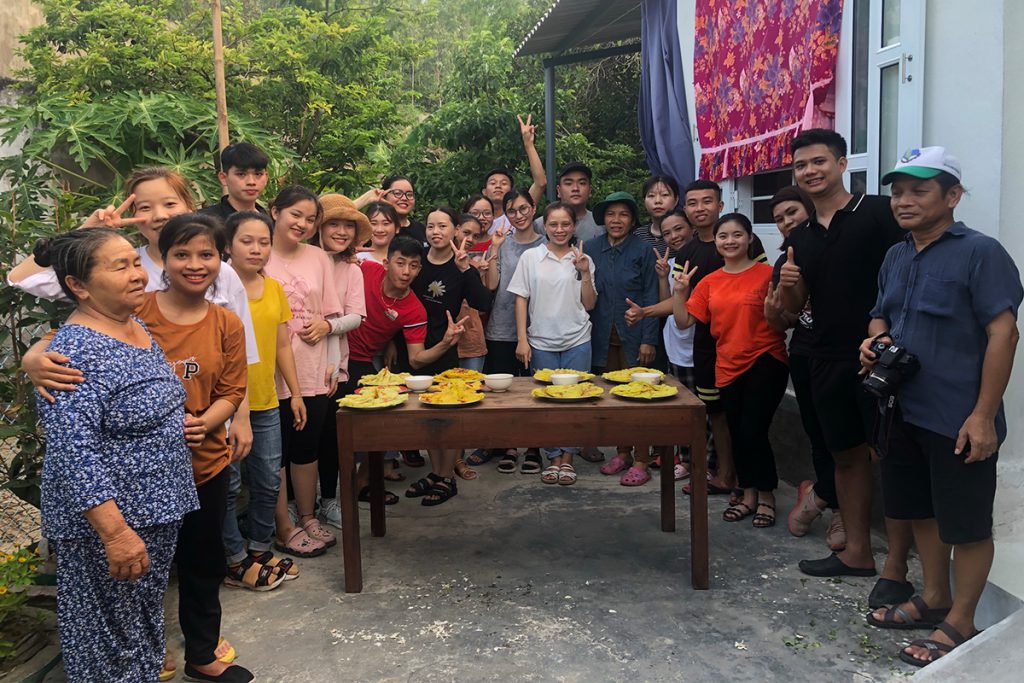